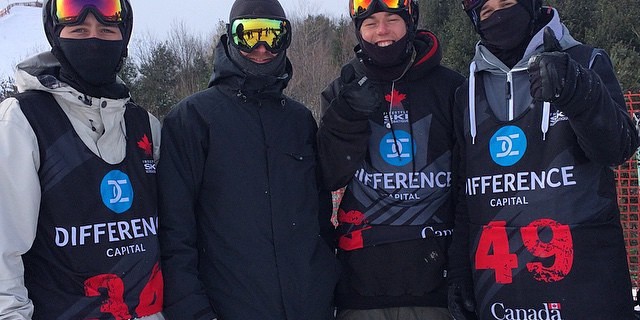 Updated August 4th, 2016 – Evan Wilcox will remain in his current role as the BC Team Park and Pipe Head Coach. After reviewing the details of the NextGen role Evan felt that his skills were better suited to working as a head coach vs taking on the assistant coach role with the NextGen program.

Original Story – BC Park and Pipe Team head coach, Evan Wilcox, has been selected as the assistant coach for the Canadian National Freestyle Team’s NextGen Park and Pipe program. BCFSA thanks Evan for his dedication to the BC Team program and knows that he will continue to teach and inspire athletes at the National Team level.

As an athlete Evan was a member of the BC Mogul Team. He then went on to coach at the Whistler-Blackcomb Club before working with the BC Park and Pipe Development Team program. Last summer he took over as the Head Coach of the program leading our athletes to a very successful season at COT and NorAm events. Seeing a former BCFSA athlete transition to coaching and have success at various levels highlights the quality of our coach and Long Term Athlete Development programming in BC.

While it is difficult to lose one of our most senior and qualified coaches, BCFSA strives to develop coaches who can deliver programming to athletes at all levels. “Coach development and advancement is a goal of BCFSA and it is great to have another coach move into the national arena, ” stated BCFSA President, Adrian Taggart.

Evan Wilcox will work with the CFSA NextGen head coach, Jeremey Cooper (Vernon, BC). Four of the six national team park and pipe coaches are from BC. Trennon Paynter and Marc McDonnell, both of Squamish, lead the national halfpipe program.

Within his new role at CFSA Evan will continue to support and advise athletes at the provincial level. “I am always here to help them attain their goals, regardless of which organization or team I am currently working for. Ultimately we are all trying to create strong olympic athletes for Canada in the future,” stated Wilcox.  Evan will continue to lead the BC park and pipe team until September 1st, 2016.

BCFSA is actively seeking a coach to lead our park and pipe program. Additional details can be found in the BC Park and Pipe Head Coach job posting.