The weather was superb and the talent world class as mogul mania descended on Apex Mountain this weekend.

It was officially known as the 2019 FIS Freestyle NorAm Cup Mogul and Dual Mogul Grand Prix. But what the title lacked in brevity, the event more than made up for in flat-out thrills – particularly during Sunday’s head-to-head dual moguls competition. 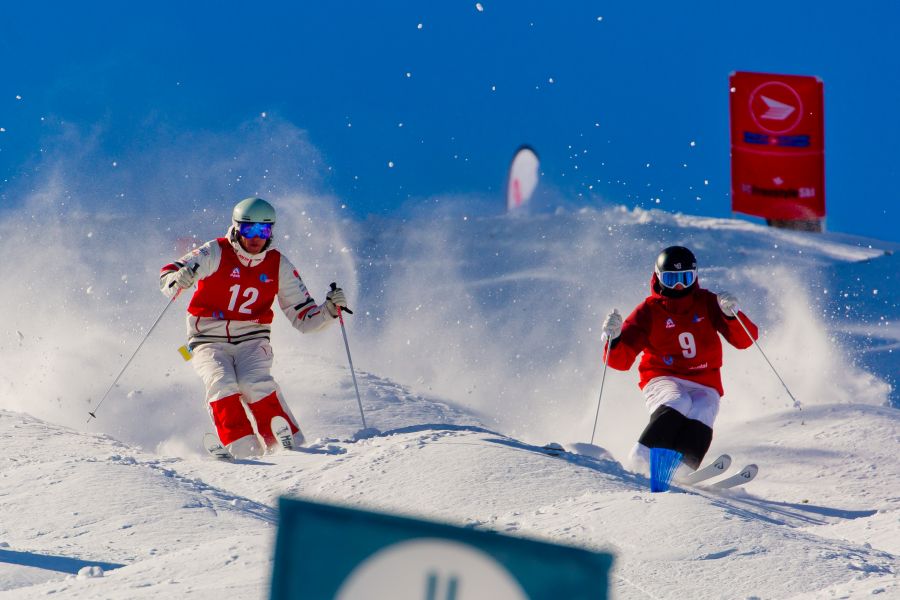 In dual mogul, competitors essentially do what they do in single moguls. Namely, weave through a tapestry of juddering snow bumps, then get whipped ridiculously high into the air and perform a ton of cool tricks. Then repeat.

But in dual moguls, they also have an equally fearless foe right beside them doing exactly the same thing. It tends to ramp up the excitement factor. 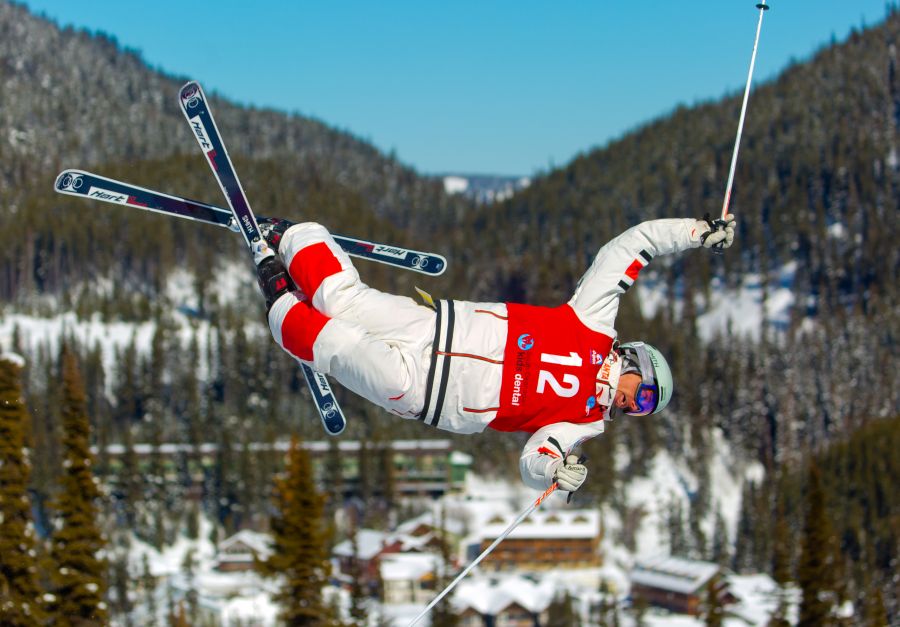 According to Jim Schiman, head coach of the “NextGen” Canadian Moguls Team, “Duals is super exciting. It pushes the athletes out of their comfort zone. They ski faster, they jump bigger, they get a little bit loose, and they get ragged at times.”

The Apex event is the final stop in something called the NorAm tour. It’s basically one notch below the best in the world. Said Schiman Sunday afternoon, “It’s just below the World Cup. So it would be like NCAA basketball to the NBA.” 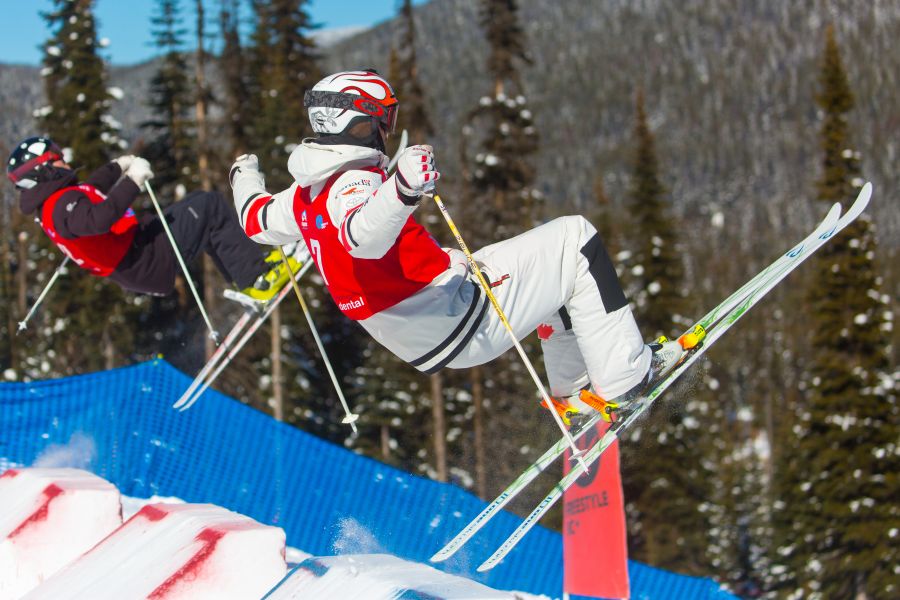 “We have four venues, four stops every year. Two in the east, two in the west. Two in the US. two in Canada.”

Winning the men’s dual moguls Sunday was 19-year-old So Matsuda. Matsuda’s from Japan, but lives in the snow sport hotbed of Vail Colorado. And we talked to him just minutes after his gold medal run.

“I’m really happy,” he said, still breathing hard from his championship effort. “I made the Japan national team this year so I’m going back home right after this, and I wanted to take this trophy home with me.”

And he made no bones about it – he loves Apex. “This course is sweet. The best in NorAm. The snow is soft and the course is quite basic, not too difficult. It’s easier for us to race.” 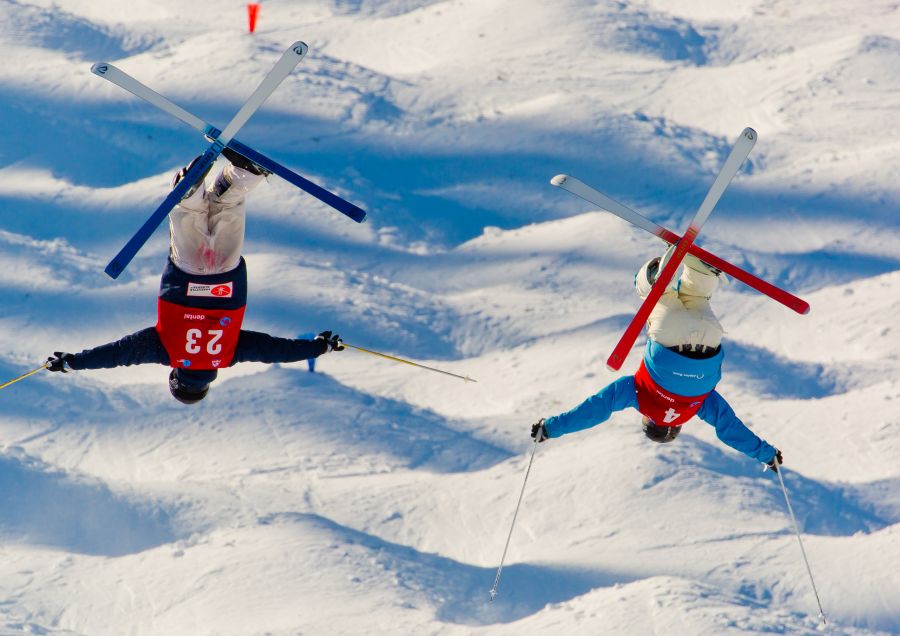 Standing next to Matsuda, and clearly a good friend, was Vail native Kai Owens. Owens was the winner of the women’s event Sunday, and she too praised the Apex course. And its vibe.

“It was amazing. The venue is awesome. The course is super soft. Very well built. I love the jumps here. It’s a quick lap, and it’s a cool place.” 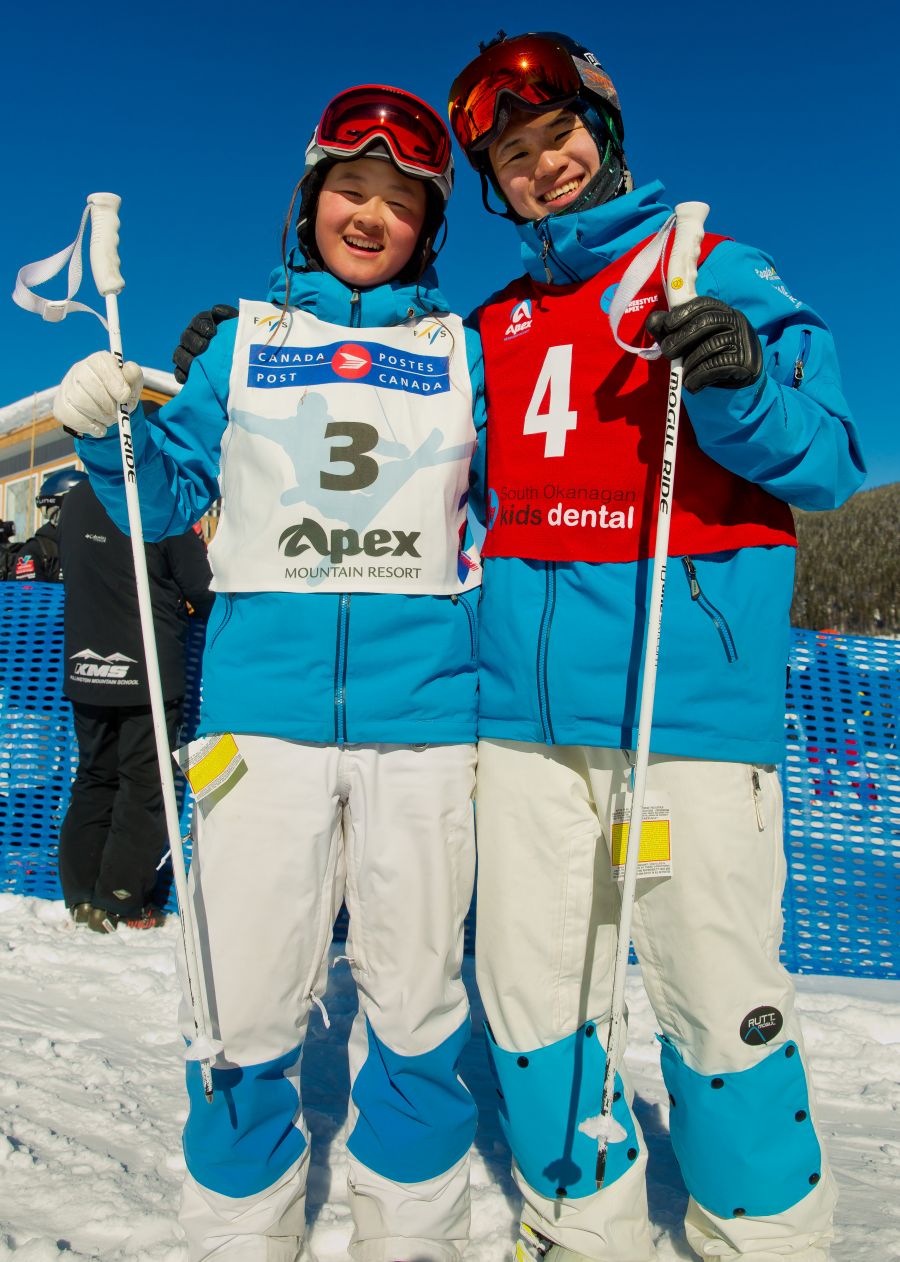 But here’s the thing. Owens is just 14 years old. She blasted onto the scene this year – she was too young to compete in prior years – and is quickly proving she’s a force. In February, she won the solo NorAm event at Steamboat Springs, Colorado. And now this.

“I’ve been skiing in moguls for ten years,” she said. “Where I live, my parents and the community and coaches, all of them contribute to this.” 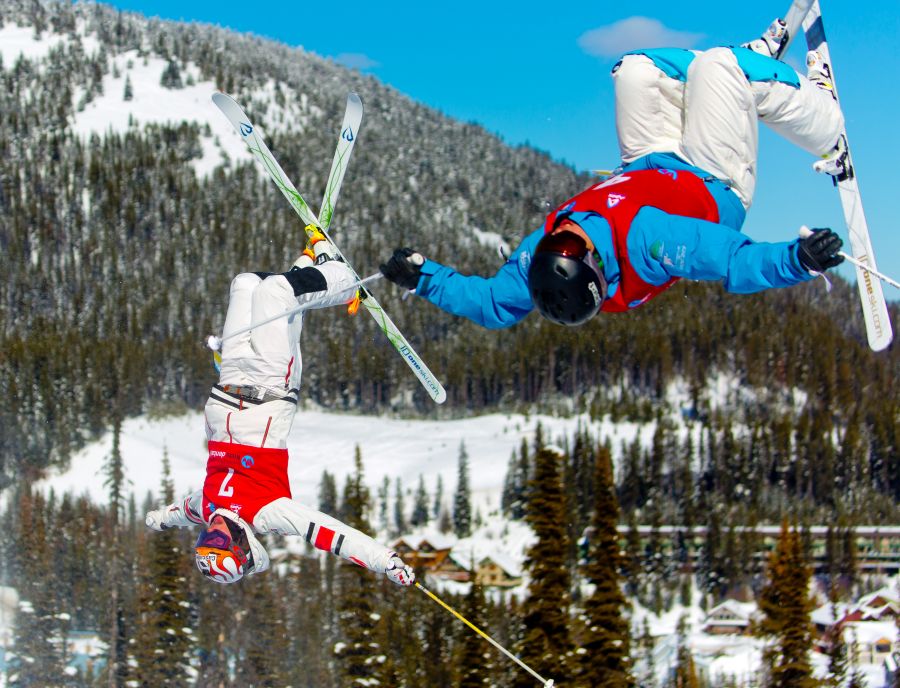 Top Canadians Sunday were Daniel Tanner on the men’s side, whose third-place finish was his best of the current NorAm season, and Florence Delsame on the women’s side, whose fifth-place result looks good next to the win she scored earlier in the season at Val St-Come, Quebec. 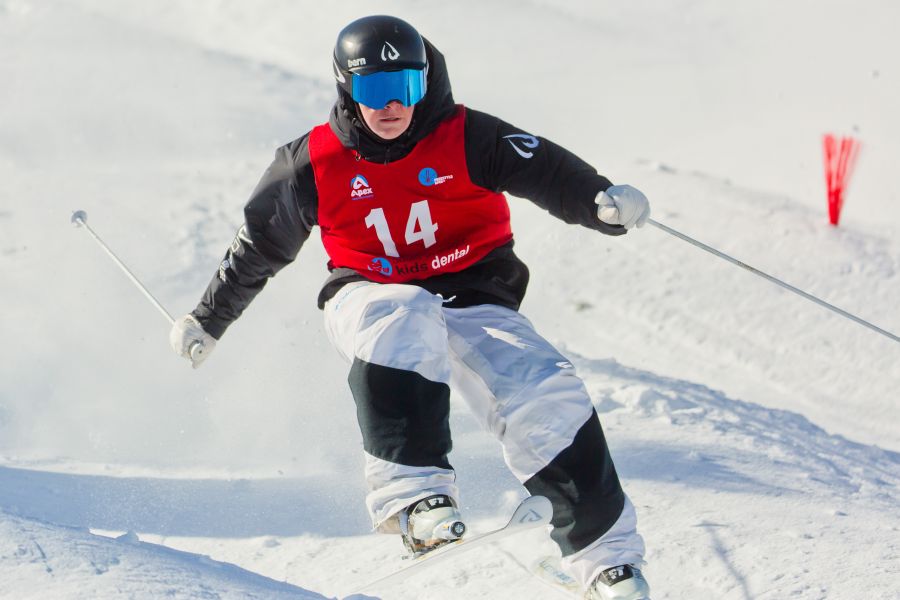 As the athletes packed up, we asked Canadian coach Schiman if he believes dual moguls will ever make it to the Olympic stage. Solo moguls is already there, and dual moguls is even more exciting. So, how about it, Coach?

“We’re trying to get dual moguls into the Olympics. But it’s a long process. It’s kind of a sore subject for moguls skiers right now,” he laughed.